02/25/08       Always trying to stay current, we’ve again added numerous names to our crew page.   Included in the many new additions over the last month is Mark Fordham who worked hard for nearly a year on Outlander as a Matte artist.  You can check out samples of Marks work at his website here.  He’s no stranger to science-fiction having worked on numerous episodes of Gene Roddenberry's Earth: Final Conflict.  More recently his work can be seen in the film Silent Hill.

He mentioned to us recently that he’s currently updating his site.  Though he won’t be adding any Outlander images till after the film comes out.  He worked busily on the film with Spin Productions for nearly a year and was one of the last people adding the finishing touches to the movie, revising and fine-tuning it.  “I was one of the very last people remaining to wrap up the show,”  Mark said. He was also very enthusiastic about the results of their efforts:

“I cant wait to see this film.  It was my favorite project.  I really felt in tune with Howards vision, and it was one of the most talented teams I have ever worked with.”

Mark’s sentiments were also echoed recently in another Variety article about Wild Bunch’s Berlin offerings.  After detailing a number of key issues regarding what was probably their centerpiece in the market  - The promo for Steven Soderbergh’s two picture Che Guevara bio Shot in HD and starring Benicio Del Toro - This is what they had to say about what to expect from Outlander:

“Wild Bunch's priority remains innovation, being "surprised, amazed and disturbed," says Maraval.  These qualities were in ample supply in Berlin in films like Howard McCain's $47 million "Outlander," a Vikings vs. alien monster smackdown…”

02/22/08       Having recently played Outlander’s promo reel to good reception at the film market in the Berlin film festival, info from Wild bunch continues to filter down into the media.  Being a part of the Association of Film Exporters, the ADEF has for download, Wild Bunch’s guide to their festival offerings which you can download HERE in PDF format.

Of particular note is page 4 that outlines a few basic details about the film.  There isn’t really new info there but what is new are the two new ultra-cool pictures fom the film including what may just be the first glimpse of the completed CG work on the Moorwen!  If you are worried about spoiling the movie for yourself, then don’t click HERE to catch a glimpse of the elusive Moorwen!

They also offer up this brief summary of the film which – again isn’t really new – but rather is somewhat a different take on the same theme:

A humanoid warrior from another galaxy crashlands on earth and finds himself face to face with his deadly foe - a monstrous alien predator bent of bloody vengeance - in the time of the Vikings. The stage is set for a battle to the death, a battle like none ever seen on this earth. Or any other...

Also of interest is the list at the end of the page that seems to indicate which international territories Wild Bunch has already sold distribution rights for.  We have a list of known distributor’s in our FAQ so it will good to learn who the distributors for Portugal, the Middle East, the Philippines, Singapore, Brazil, Indonesia, China, Taiwan, Iceland, Malaysia, and Greece are if they are different than the ones we have listed. 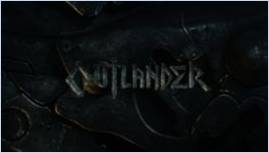 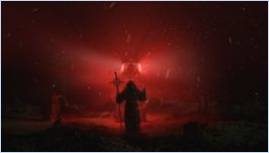 02/20/08       With the Berlin film festival having come to a close on Sunday, news of how the market sales played out is starting to filter down into the trades.  Variety posted an article yesterday about Wild Bunch’s film offerings here.   As you know, Wild Bunch – the company handling sales for international distributors for outlander – brought along a Promo Reel for Outlander to the European Film Market at the festival.  This was the first time anyone has had a peek at the reel.  What was the reaction?

“Outlander” has sold widely. Of recent deals, Momentum has clinched the U.K., and DeAPlaneta took Spain. A German deal should go down this week.

We were previously aware of DeAPlaneta’s distribution deal.  But now those from Sophia Myles native land know where to look for info on distribution in the UK.  You can visit Momentum Pictures site here.  Also, a special thanks to Suzanne for emailing us to let us know about the article.

02/13/08       The Nova Scotia Film Development Commision recently published their annual report for 2006-2007.  A PDF of the report can be downloaded from their site here.  Outlander finished principle photography early in 2007 and thus gets a mention. Also, on page 18 they profile Elizabeth Guilford, who was production manager.

A veteran in the industry, Guildford has spent 12 years as a production manager on various Canadian and guest productions –most recently the science fiction feature film Outlander starring James Caviezel.

As the production manager, Guildford coordinated the Nova Scotia based production for the preparation and lensing of the film. Over a period of eight months, one of the longest local employment periods on a guest production, Guildford facilitated the hiring of local crew, rentals, accommodations and many other filming logistics.

A trade mission organized by the NSFDC made it possible for Guildford to meet the producers of Outlander in Los Angeles and the work done by the NSFDC’s locations team to promote the province helped substantially when it came to getting them here.

“A world class production like Outlander showcases our skills, our spectacular locations and really gets the name Nova Scotia out there.” - Elizabeth Guildford 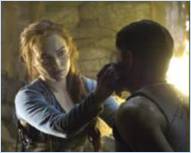 02/03/08       Back in November, just as spin production wrapped up the CG work on Outlander, the folks over at deviantART conducted a brief interview with Outlander animator Scott Johnston.  You can read it here.   Of course they asked him about his current work and he mentions Outlander briefly:

"I just finished working on a film called Outlander, which is essentially Giant aliens vs. Vikings. Lots of gore!"

Outlander has yet to be rated by the MPAA but if you hadn’t already guessed, it seems likely that Outlander will be rated R.  You can even see some example of the prosthetic gore in the film in the on-set feature here.   So unless there’s some last minute push to attract the younger teen audience, plan on leaving the kiddies with the babysitter and take your spouse (or boy/girlfriend) along to hold on to because it should be a pretty great ride.

We certainly hope there aren’t any producers willing to try and edit this movie around the gore and to paint out the blood, which actually happened to King Arthur (a move which -  in our opinion – ultimately hurt the flow of the movie.   The extended cut could still have used a bit of trimming and there are other aspects of the movie that are silly but ultimately the edits alienated any possible audience the movie should have had). 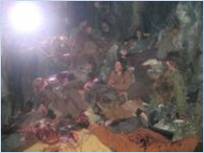 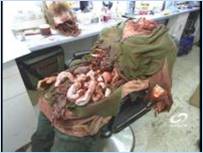 Wild Bunch is for certain screening an Outlander promo reel at Berlinale.   According to Screen Daily it is the first time the reel will be shown (outside of those who worked on the film that is.)  You can read the report on Wild bunch’s festival offerings here, though you will probably need to register to read most of the site’s content.

Wild Bunch has posted their Berlin screening schedule online.   As anticipated there is no showing of Outlander listed.  However they will be showing promo reels on Saturday the 9th at 10:45  Monday the 11th at 18:45 in Cinemaxx Studio 19.    These probably aren’t open to the public, but if they show footage of Outlander that would be the place. 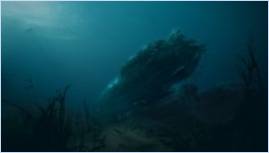